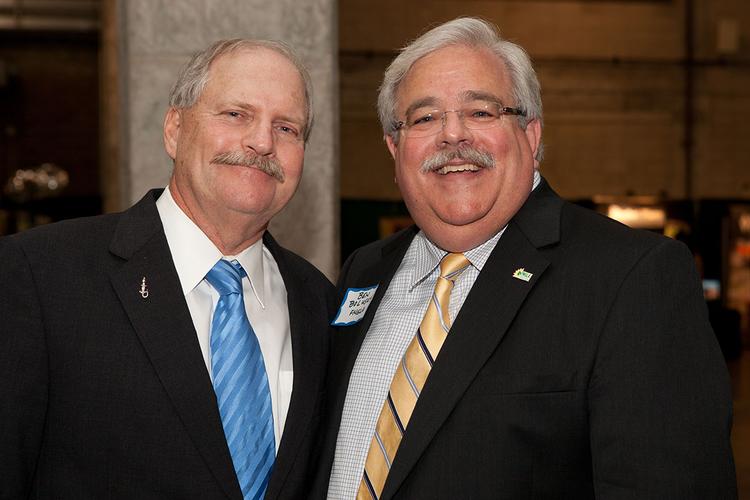 Jack Payne: The Tradition of a Strong Leadership

I noticed all along. Sometimes, though, I assumed. Fortunately, scientific training makes me receptive to challenges to my assumptions.

Like last year, when UF/IFAS honored FNGLA as its Industry Partner of the Year. Surely, I assumed, we’d honored the Association before. I was pleased to be proven wrong so I could put Ben Bolusky, Shawn Thomas and Ed Bravo in the spotlight at my last IFAS Dinner of Distinction back in September.

The same thing happened as I prepared to nominate FNGLA legend Robbie Roberson for the Florida Ag Hall of Fame. “Wait a minute,” I thought, “Why waste my time nominating someone who’s already an inductee?” We checked, and, astonishingly, Robbie wasn’t in the Hall. It was a great pleasure to remedy that in February.

I never failed to notice what a great partner FNGLA has been over the past 10 years. Sometimes, though, I just assumed everyone else noticed, too. Ben was always there, at symposia, socials, and advisory board meetings. And he never charged me for mileage for all those trips to Tallahassee in support of the UF/IFAS budget!

There is no more quick-witted man in Florida agriculture than Ben Bolusky. He’s even quicker with his support of UF/IFAS. Thanks in part to the support of Ben and of Hugh Gramling, we secured funding early in my tenure to launch the Center for Landscape Conservation and Ecology, which brought together researchers to work on the challenges facing your industry.

Since its beginning, we have hired more than 15 faculty members who have expanded our Extension, research and teaching related to the green industry.

While we don’t have a CLCE anymore, one of its legacies is the formation of the faculty cohort of Eban Bean, AJ Reisinger, Basil Iannone, and Mary Lusk to address water quantity and quality issues in urban landscapes. We can take a closer look at urban water quality, its link to blue green algae, the impact of development on water resources, and more.

In addition to helping us secure state funding during my time as senior vice president, FNGLA also invested its own money in UF/IFAS. One of my favorite memories from the past decade is the Saturday mornings of the FNGLA annual conventions. Chapter after chapter would present me with checks for the FNGLA Research Endowment.

The dollars matter. The industry support those dollars signal matters even more. That’s how a researcher like Adam Dale could turn a $5,000 research investment from FNGLA into a six-figure federal grant.

When I convened a producer-led group last year to strategize how we could transform Florida agriculture to a source of climate change response and resiliency, two FNGLA leaders, Ed Bravo and Sandy Stein, joined immediately.

Our partnership works because FNGLA is both benefactor and beneficiary of UF/IFAS programs. For example, it’s been a steady supporter of the Wedgworth Leadership Institute for Agriculture and Natural Resources. It was one of the first industry supporters for Wedgworth’s recent endowment campaign.

It has helped prepare a series of FNGLA members to emerge as leaders. Stein is an early graduate. More recently, Will Womack, Martin Hackney, and Sarah Spatola became Wedgworth alumni, and Phillip Hisey and Marcela Lucio are in the current class.

A decade is a long time to lead UF/IFAS. I retire next month as one of the longest-serving chief executives in its history. Yet it’s only a chapter in the enduring UF/IFAS-FNGLA partnership. A year and a half ago we celebrated the 50th anniversary of the Mid-Florida Research and Education Center.

Back at the time of the founding of what was then known as the Ridge Ornamental Horticultural Laboratory, UF/IFAS was still a new administrative structure led by its founder, E.T. York. And FNGLA was known as FNGA.

The names have changed over the decades, but the partnership hasn’t. FNGA’s role in securing funding to establish the center has echoes in FNGLA’s more recent advocacy to establish the CLCE. I’m proud to have continued the tradition of a strong partnership. Both our organizations are the better for it.

Jack Payne retires in July as the University of Florida’s senior vice president for agriculture and natural resources and leader of the Institute of Food and Agricultural Sciences.

Jack Payne: The Tradition of a Strong Leadership
June 18, 2020

FNGLA’s Annual Convention is Open for Business
May 26, 2020

President's Letter: We're starting to see some progression
May 26, 2020